Welcome to the Glass Museum in Lviv

Glass Museum was founded in 1992 by Professor Andriy Bokotey with the aim to exhibit the results of International Blown Glass Symposiums in Lviv. In this place, museum began to work in 2006, and the exhibition, which is now being presented in April 19, 2013. The uniqueness of this museum is that it’s the first and currently the only glass museum in Ukraine. First Hall is dedicated to historical glass. Most of the exhibits are from the collection of the Lviv History Museum. This is the glass, which was made or used on the territory of modern Ukraine.

The building, where Glass Museum is situated, was built in 1593. At the beginning of the XVII c. merchant from Florence (Italy) Roberto Bandinelli (grandson of Italian sculptor Baccio Bandinelli) after receiving the citizenship of Lviv, bought the house and founded here classical European-style post office. The building is named after merchant Bandinelli now. But the underground, which houses the Museum, was build earlier. It remains after the Gothic building which stood here before. Once these cellars were perhaps the most important premises used as warehouses for merchant goods.

The last third room is situated under the pavement. There were wooden arches covered – gallerys near houses on the Market Square in old times. Merchants could keep their goods in the cellars under these arches. These cellars, unfortunately, have not survived till this time. After a fire in 1527 it was forbidden to build them. Now we see the sidewalks instead of it, but there are still old cellars, currently closed for visitors. The only dungeon under the pavement, which is opened for visitors is here at the Glass Museum. 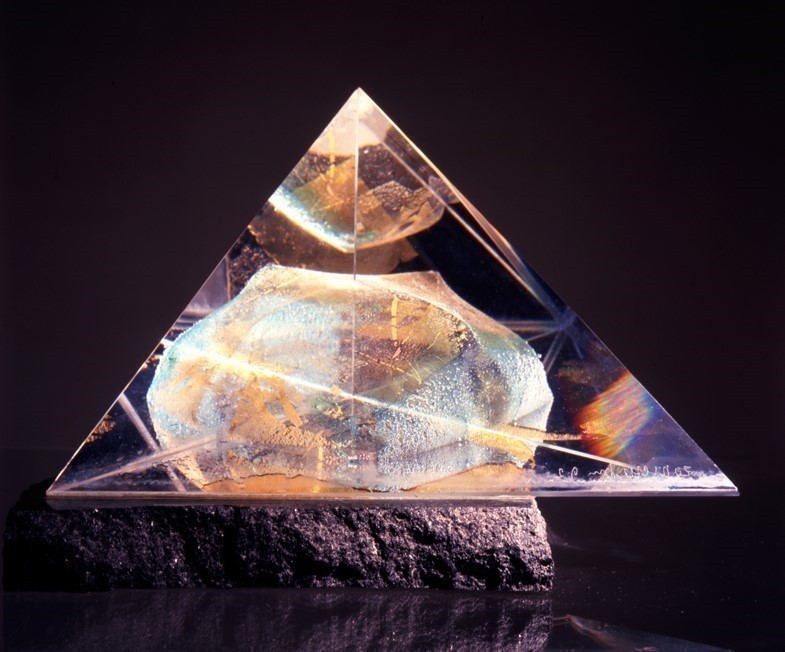 Collection of the Glass Museum in Lviv

The collection of the Museum consists of more than 350 art pieces gathered during International Blown Glass Symposiums, which were held in Lviv every three years begining with 1989. More than 150 glass artists, art critics and admirers of glass art from 32 countries took part in it.